Dubbed ‘Edna’ (which stands for electronic DNA), the chatbot is the first of its kind globally developed specifically to support genetic counselling for adults being tested to ascertain future risk of preventable or treatable conditions (known as ‘additional findings’).

These conditions include treatable genetic disorders such as hereditary breast cancer or cardiomyopathy.

Derived from real-world patient interactions, Edna is designed to answer the most generic and simple questions asked by patients, which then creates more time for genetic counsellors to focus their highly specialised skills on deeper and more specific issues relevant to patients.

“If the healthcare system were to provide this kind of testing – which is beyond immediate medical need – one of the challenges is the genetic counselling time required to support patients’ informed consent,” Professor Gaff said.

“This prototype chatbot shows how we might employ technology to meet this need.”

“For chatbots to accurately recognise content in human speech – and provide a meaningful response – they need a large body of data to draw on, called a chatbot ‘brain’,” Dr Bradford said.

“Many chatbot brains are developed from open source data but this is inadequate for highly specialised fields like patient decision-making.”

“This expert basis for Edna makes all the difference in applying this new technology.”

Edna is a downloadable smartphone app which can collect a patient’s family history and analyse human responses for signals that interaction with a genetic counsellor may be needed.

Edna’s development was part of a larger proof-of-concept study led by Melbourne Genomics to better understand the implications of offering additional findings testing to patients in Victoria.

Edna is currently undergoing a feasibility trial with patients, genetic counsellors and genetics students, and is slated to undergo a larger-scale patient trial in the near future.

“When built in partnership with healthcare experts and patients, chatbot technology has enormous potential to provide and collect basic information in complex fields like genetics,” Dr Bradford said.

“Not only is the service on-demand, so people can access it whenever they wish, but it could free up highly-skilled expert time to build more effective care.”

The Edna chatbot was recently published in the peer-reviewed journal Patient Education and Counselling .

For more on the Additional Findings proof-of-concept study, read the protocol paper A novel approach to offering additional genomic findings—A protocol to test a two‐step approach in the healthcare system.

This article is written by Ofa Fitzgibbons and originally published here 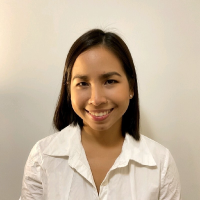